A pictogram, in it's literal sense is a picture which conveys a meaning through it's resemblance in an image. In terms of photography, they are very simple images where objects are placed directly on light sensitive paper and exposed and then developed.

The object which I had brought in for the day was not very transparent, and as light passes through the object to create varying tomes, I decided it would not be a good object to try my first pictogram with, and borrowed some feathers for session.

The dark room, has double doors, so that people can leave and enter without contaminating the paper or exposing film to light. It is also equipped with a red light, which is often referred to as a safe light, as well as sinks for developing.
It takes a few moments to get used to the red light, so I take time to adjust before starting work. 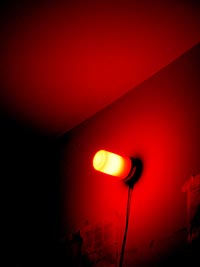 When in the dark room, health and safety should be adhered to as chemicals can be harmful to work with.

The dry side of the dark room should be kept bone dry at all times and towels are available to dry hands before moving into the dry side.

Equipment on the dry side included the enlarger. The negative is placed on the enlarger tray and the appropriate height and aperture are chosen. The feathers were then placed on the light sensitive paper and the exposure light turned on for the required period (which is a bit of trial and error dependant on the transparency of the items, in my case it was less than 10 seconds)

The paper is then taken to the wet side to be developed. Whilst film follows a different exposure process, for this pictogram the paper was placed in the developer for 1 minute, stop for 30 seconds and fixer for 2 minutes using a light rocking movement to ensure that the chemicals are agitated and evenly dispersed across the surface of the paper. Once developed it is then placed in a rinse on continually refreshing water for at least 20 minutes before placing on the rack to dry.
Tongues are used to place the paper in the trays of chemicals, and care should be taken to avoid any cross contamination.

Once developed, and assuming everyone else in the dark room has finished working with light sensitive materials, the white light can be switched on.

Here are the images I created. 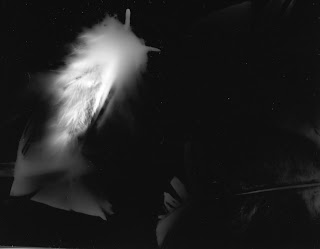 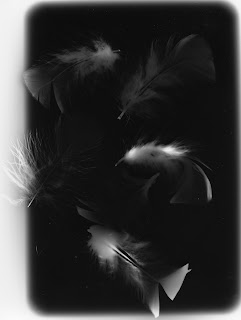 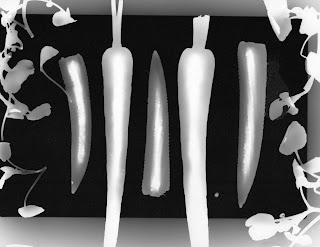 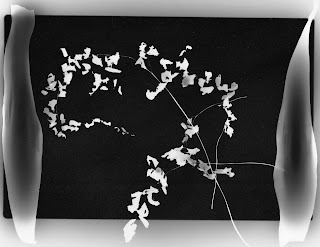 I enjoyed the dark room work immensely, and really look forward to learning how to develop film in there, this will also enable me to shoot more in film and possibly experiment with medium/large format camera's.
Posted by MilaKel at 06:41

MilaKel
Hi and thanks for stopping by. This blog follows my journey through imagery and my education as I develop my own photographic identity as I study Photgraphic Media (FD) I will share some of my mistakes and experiments as well as pieces I'm really proud of. I hope you enjoy your visit and my work, but I really want to captivate you - stir emotions, feed the soul and start discussions. Enjoy, follow, share! x X x